The Fairfield 33 Corridor offers outstanding access via a sophisticated transportation network consisting of highway, railway and airports. Whether you need to move materials, finished products or people throughout the region, the country or the world, a location within the Fairfield 33 Corridor gives you the choices you need to do so efficiently and affordably.
Highway

Make the Fairfield 33 Corridor your business route to success.

Historically, Route 33 has served as a major pipeline to the southeastern United States. Intersected by Interstate-70 and central to a network of other U.S. and state highways, Route 33 puts businesses on the Fairfield 33 Corridor within one day’s drive of 60% of the US population and 50% of the Canadian population.

Closer to home, the Fairfield 33 Corridor provides the main connection between the thriving metropolis and cultural excitement of Columbus, Ohio, to the northwest, and the scenic, rolling foothills of the Hocking Valley to the southeast, making it easy for people to travel between work, home, and recreation.

Route 33 has always been a priority for the Ohio Department of Transportation and has been designated as a macro corridor. A total of $300 million in recent improvements have greatly improved traffic flow, both locally and to and from the southeastern states. Today, the Fairfield 33 Corridor is more accessible than ever before.

Access to two major railroads makes it simple to deliver goods and materials to customers across the country.

In place long before the highway system, the railroads in the Fairfield 33 Corridor area helped drive the industrialization of the country. Today, those same tracks continue to drive the success of businesses within the Corridor by providing affordable and effective choices for commodity transportation.

Access to domestic and international air travel takes your business anywhere and everywhere it needs to be.

Businesses within the Corridor have choices when it comes to air travel. Fairfield County is home to its own airport, which features a 5,000 ft. runway for accommodating corporate jets.

Located only minutes away from the major cities within the Fairfield 33 Corridor, Port Columbus and Rickenbacker International Airport provide access to all of the major airlines and air service to and from any United States or world destination. 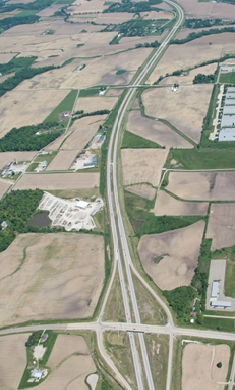 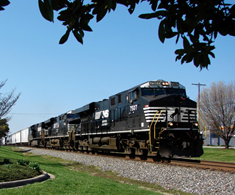 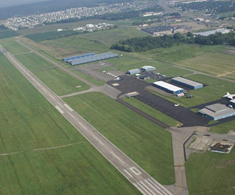 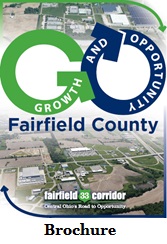